College of Engineering and Technology
Approved by AICTE and affiliated to Anna University,(An ISO Certified Institution) 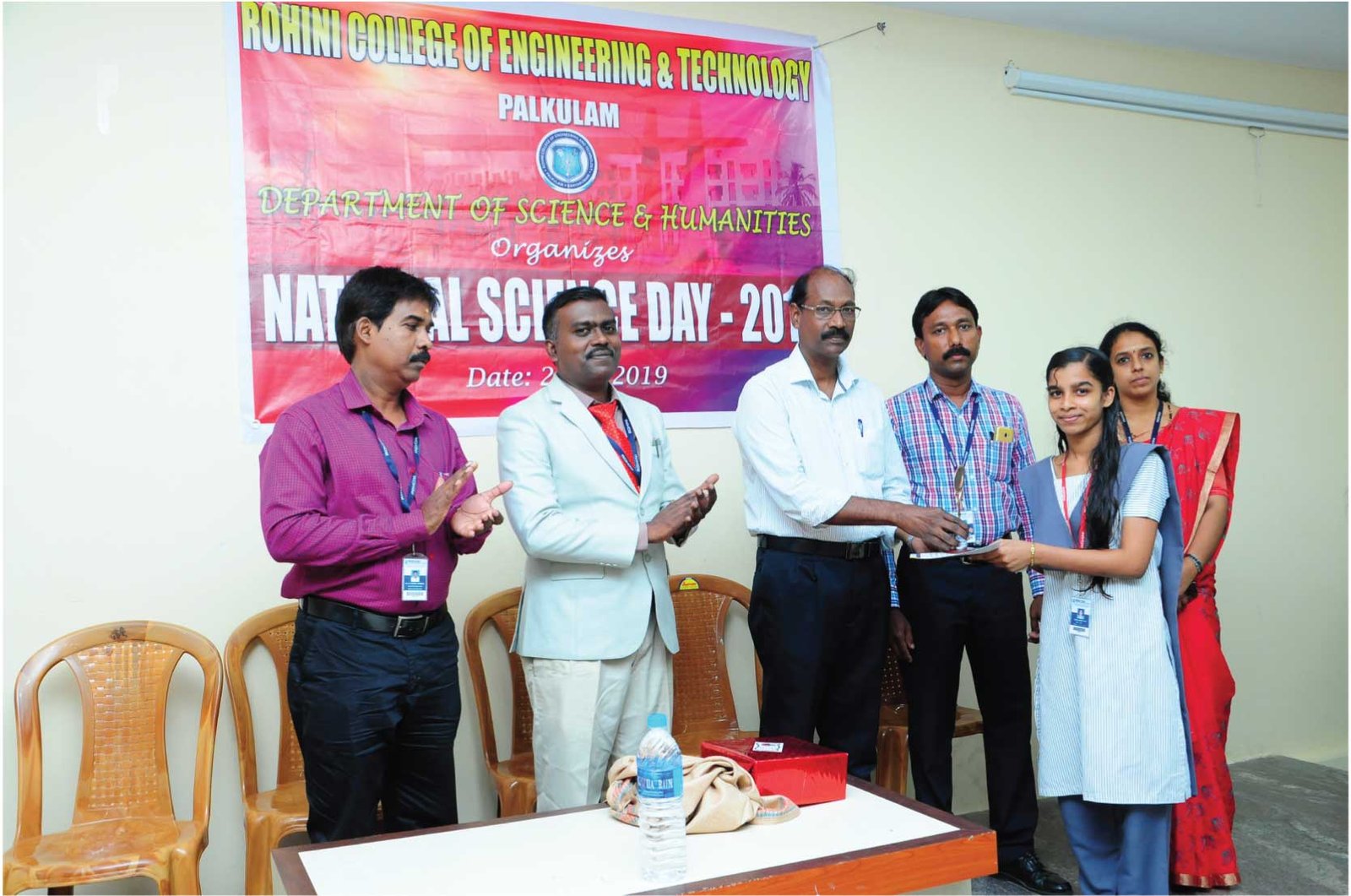 Department of Science and Humanities with the guidance from the management celebrated the National Science Day. National Science Day is celebrated in India each year to mark the discovery of the Raman Effect by Indian physicist Sir Chandrashekhara Venkata Raman on 28th February 1928. For his discovery, Sir C.V. Raman was awarded the Nobel Prize in Physics in 1930.

To mark the divine presence the traditional lamp was lit by the dignitaries. Prof. Vetrivel gave an introduction about National Science Day and led the programme and welcomed the gathering. Our Principal Dr. R Rajesh delivered the presidential address. He inspired the students with his informative talk, which included the India’s achievements in Science. Then the chief guest Prof. R.Selva Nathan, Head, Department of Physics, Vivekanada College, Kanyakumari addressed the gathering. He enriched the students in various factors. He motivated them to work hard until their signature becomes as an autograph and to become a successful person in life just like the scientist of Indian Nation. He also emphasized the importance of Science in Human Life and gracefully insisted the students to apply the science in our daily life to lead a happy life. The guest was honred for his thought provoking speech and words.

Moreover, The prizes were distributed by the Principal and Chief Guest, The Management, Principal, the Head of the departments appreciated the event coordinator and congratulated the winners and the effort taken to urge the students to contribute to nation building through innovations in Science. Vote of thanks was delivered and the celebration ended with the National Anthem.

Next Post One Day Workshop On IMAGE PROCESSING USING MATLAB

Workshop on PHP and JSP

A Unit of SAROJA EDUCATIONAL TRUST